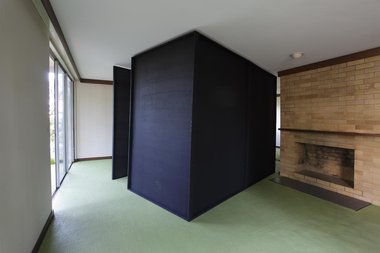 What makes Bennett definitive in her explorations is her ability to accurately mimic the passive nature in which we process and consume the plethora of internet content we engage with on an everyday basis. Her seemingly non-committal performances call into question our engagement with online content and the internet's ability to inform our opinions, change our convictions and actively alter our livelihoods IRL (in real life).

Out of the plethora of young artists who use their practice to interrogate the medium qualities of cyberspace, Louise Bennett has been one of the more successful emerging out of Brisbane, Australia. David Pestorius’ decision to exhibit a solo show of her recent works confirms this success. As an established curator, Pestorius qualifies his decision to exhibit Bennett through an interest in her process, which he describes as “… enact[ing] a playful tension between everyday experience and its representation”(1.).

This approach is nothing new in itself - interrogating reality and representation within cyberspace through the language of digital multimedia is currently topical content for emerging artists. In fact, such exploration can be regarded as necessary the more young artists attempt to carve out a space for themselves amidst the increasingly indistinguishable territories of visual art, design, documentation and communication. What makes her definitive in her explorations is her ability to accurately mimic the passive nature in which we process and consume the plethora of internet content we engage with on an everyday basis. Bennett’s seemingly non-committal performances call into question our engagement with online content and the internet’s ability to inform our opinions, change our convictions and actively alter our livelihoods IRL (in real life).

Previously, she has employed the media of Youtube, of social networking sites, of blue screen and low-res digital photos. This time around she has exhibited a few digital photographic prints from previous projects along with a commanding video projected within the confines of a black cube. This video, Traces, is a 2.04 minute projection of a rural Australian landscape at dusk, filmed through Bennett’s iPhone. With her free hand, the artist traces the outline of the scenery in a noticeably vague gesture. Passively consuming her chosen subject matter has lead Bennett’s artwork to mistakenly be labelled (quite contrarily) as “banal” and “contemplative”(2.)  or “listless” and “bored”(3.)  but just as these descriptions are insufficient in articulating the way we engage with the internet, they are insufficient in describing what is happening within her artwork. This is where some background to this showpiece video is helpful.

Traces was conceived when the artist was chosen for a six week residency on the Greek Islands (Kefalonia Island to be exact), which will occur toward the end of this year. The Ionion Centre for the Arts and Culture recognised Bennett’s practice as being playful, yet focussed enough in its experiments to successfully work within the parameters of their residency. However, this was not for the reasons critics of her work had previously identified. ICAC staff were interested in the ‘Australian’ perspective Bennett would bring to their programme. As an artist who never saw her art as quintessentially ‘Australian’, she struggled with the prospect of attaching this label to her practice. Traces became the result of negotiating these new considerations.

What we see in this projection is the artist’s interaction with a quintessentially Australian landscape, the definitive subject matter of Australian painters. Bennett creates her own interaction by tracing the outline of the scene with her finger, processing the scene not as it is presented in front of her, but through how it is framed on her iPhone. By trailing her finger over the scene (recalling the way we might trace over a website with a mouse), she flattens out the image to initiate it into cyberspace where it will be passively digested by countless others. This is the closest the artist comes to ‘interacting’ with her surroundings, which is reiterated by the way her occasional sniffing interrupts the audio of birds singing within the environment she stands in. Bennett’s digests her locality in the same way as the cyberspace subjects of her previous works. The noticeable difference within this particular passive consumption is that her subject matter (i.e. Australia) has been proposed by her residency.

As with her previous works, Bennett’s interaction with the landscape is a type of interrogation of a medium in relationship with its subject (as opposed to an interrogation of the subject itself). This is why Pestorius is mistaken when he suggests in the exhibition catalogue that Traces insinuates the redundancy of landscape painting - he assumes what the artist is engaging with is the landscape itself rather than the image of the landscape as digital surface. In this way it is not the simplicity of the video which is compelling, but Bennett’s performance in the video - the mimicry of passivity which interacts with the Australian landscape as yet another digestible image. Like many from her generation, it only takes moments for Bennett to ‘get’ what is in front of her before moving on to the next stimulus. The way she recreates these interactions holds them up for light-hearted scrutiny without any real sense of judgement. It is this ability which elevates her practice above many others working within the same considerations. It goes without saying that it will be very interesting to see how she passively digests her experience on the Greek Islands. 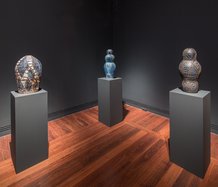 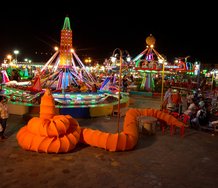