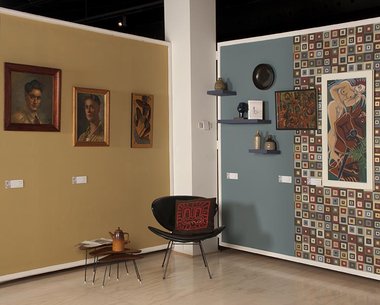 What's intriguing is that this ground breaking practice was tested and refined not in art schools or urban centres, but in the small and often isolated rural schools and communities of New Zealand's far north. Often from Northland themselves, these creative innovators most embodied the unprecedented sense of freedom and integration of the age, fusing Western and Maori traditions, styles and subjects.

Salon to Marae: first glimmerings of a Maori Modernism

Salon to Marae: first glimmerings of a Maori Modernism, which just closed at the Whangarei Art Museum, is one of several exhibitions across New Zealand dedicated to current and historical practice by Maori artists. It joins the recently opened Five Maori Painters at Auckland Art Gallery and the second season of Te Papa’s Te Ao Hou | Modern Maori Art in focusing specifically on indigenous practice and important transitions in Maori art. Unlike the other exhibitions Salon to Marae scores something of a coup in presenting what is thought to be a complete series of Selwyn Te Ngareatua Wilson’s early work. An intact graduating show from over half a century ago is a rare find, but add to that a series of work which is not complete, but poised at a pivotal point in New Zealand’s art history and you have an exceptional discovery.

Curated by Whangarei Art Museum director Scott Pothan, Salon to Marae opens with 14 extensively restored paintings and drawings by celebrated elder of Maori art Selwyn Te Ngareatua Wilson. The series is exhibited again for the first time since it was at the National Art Gallery, Wellington in 1951, after Wilson’s graduation. There are studio figure studies, still lifes and gloriously soft, fleshy nudes; most worked in similar palette of autumnal tones and exhibited on mustard painted walls. The colour and texture in the works is reminiscent of post-impressionism, giving the figures a quality that is both indulgent and sensual. A painter and ceramicist, Wilson was one of a handful of figures who brokered a new era for Maori art in the 1950s and 1960s bringing it into conversation with international trends. In their hands traditional art forms evolved, exploring Modernism but a Modernism combined with Maori concepts and influences.

While the world tumbled heavily into the 1960s with student demonstrations, psychedelic experiments and counter culture, a revolution of no less significance was happening in New Zealand visual art practice. Salon to Marae continues with the early work of artists Dame Katerina Mataira, Pauline Kahurangi Yearbury, Clive Arlidge and Ralph Hotere whose departure from traditional forms collectively changed the visual language of New Zealand. Along with Selwyn Te Ngareatua Wilson these artists were recent graduates but influential teachers in an experimental arts-program piloted in rural Northland schools from the mid 1950’s. The ‘Northern Maori Project’ or Tovey Scheme as it is often known, is well documented as responsible for a new wave of creativity, eventually leading to Maori arts and craft being given a place of importance in the development of the New Zealand Arts Curriculum.

Reflected in the title of the exhibition Salon to Marae, these artists were important mentors of a new style synthesising their rigid Western academic training with their own cultural context. What’s intriguing is that this ground breaking practice was tested and refined not in art schools or urban centres, but in the small and often isolated rural schools and communities of New Zealand’s far north. Often from Northland themselves, these creative innovators most embodied the unprecedented sense of freedom and integration of the age, fusing Western and Maori traditions, styles and subjects. Their practice was controversial and even dismissed by the mainstream at the time, but it laid the ground work for what was to become known as Maori Modernism and eventually contemporary Maori art as we know it today.

Two works in particular from the Salon to Marae exhibition echo the mid-20th century aesthetic of their time but seem prophetic of future developments. Hatupatu and the Bird Woman (1966) by Pauline Kahurangi Yearbury was painted in the same year it was shown in the ground breaking exhibition New Zealand Māori Culture and the Contemporary Scene at the Canterbury Museum. The first large scale survey of contemporary Maori art at a mainstream public institution, it was curated by Northland artist and pupil of Selwyn Te Ngareatua Wilson, Buck Nin. The exhibition was a turning point for practice of its kind and captured an emerging and distinctively Maori contemporary art movement that was soon to come of age.

Similarly, a beautiful painting by Ralph Hotere titled Three Vessels is a significant early work from his Northland period and rarely seen since it entered a private collection soon after completion c.1958. Coolly sublime, the proto-cubist work is painted in flat planes of elegant grey, black and blue; the vessels shot with an almost fluorescent yellow where light hits their surface. Painted shortly before Hotere travelled to Europe, the work stands before a journey which was to have a defining effect on his practice. 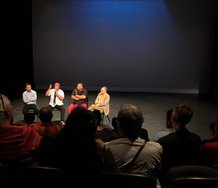 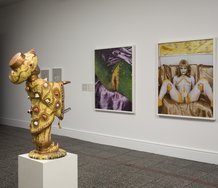 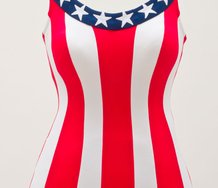