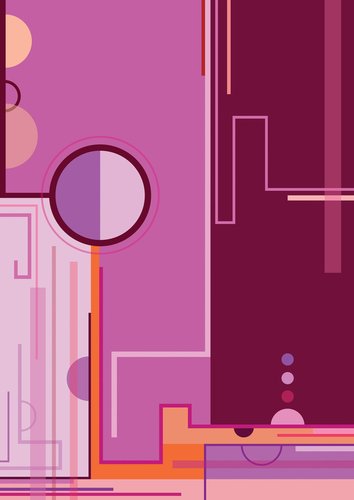 The first thing you notice about the book is the striking and unexpected choice of the Shannon Novak artwork for the cover, but beyond that it looks like a designer has never been in the same room as the publication. Is that Times New Roman? Surely not! Of course, I appreciate it was probably put together on a tight budget, but doesn't JM-W's memory, especially given his aestheticism, deserve a Gedenkschrift that doesn't look like someone's self-published PhD thesis?

Jonathan Mané-Wheoki was the supervisor for my MA thesis at Canterbury University, a friend, and when I asked him if he would write a reference for the CNZ professional development grant that funded my 2008 trip to Europe, while initially reticent, when his letter arrived, one would have thought it had been his idea all along. That was very typical—he had his eccentricities, but was also incredibly generous and inspirational.

Beyond that, I’m not going to bore you with anecdotes (oh well, just one - he taught me the correct pronunciation of Turnandot) or spin a candyfloss of hagiography three years after the fact; after all, there would be few in the New Zealand art world who didn’t know him. The subject at hand is the recent collection of essays published in JM-W’s memory, Colonial Gothic to Māori Renaissance: Essays in Memory of Jonathan Mane-Wheoki (VUP 2017), edited by Conal McCarthy and Mark Stocker.

The first thing you notice about the book is the striking and unexpected choice of the Shannon Novak artwork for the cover, but beyond that it looks like a designer has never been in the same room as the publication. Is that Times New Roman? Surely not! Of course, I appreciate it was probably put together on a tight budget, but doesn’t JM-W’s memory, especially given his aestheticism, deserve a Gedenkschrift that doesn’t look like someone’s self-published PhD thesis? It doesn’t seem to be sure what sort of a volume it wants to be - is it an academic tome or a coffee table book?

That’s probably churlish of me, but New Zealand book design is a pet obsession of mine, and was an interest of the man himself. Of course, the content is the thing. The volume brings together essays from a number of JM-W’s colleagues and mentees, on some of the many eclectic subjects JM-W had found time for, and (imagine it in the baritone now), they “make a feast of it”. As the title suggests, it runs roughly chronologically from the colonial period to the great resurgence of Māori identity in the 1970s and ‘80s.

For a man who loved Christchurch’s Gothic Revival architecture very much, the destruction wrought by the Canterbury earthquakes was a terrible blow. The only time I think I ever heard him raise his voice in anger was on the subject. Appropriately, Ian Lochhead discusses the history of histories of the Holy Trinity (the initial “Most” having fallen by the wayside in modern usage) and St Saviours churches in Lyttelton, and Jenny May looks at one of the rare Victorian survivals in Christchurch-less, St Michael and All Angels, Jonathan’s parish. As JM-W was a fixture of Canterbury’s art history department, Christchurch naturally features heavily.

In many instances there is a personal connection in the essay. Stocker’s essay on Thomas Benjamin Kennington’s Idlesse (1887) in Te Papa’s collection evolved with JM-W’s encouragement. It’s Late Victorian in every respect, down to the bowl of goldfish, and Stocker draws out its relationship with the rest of Kennington’s oeuvre and broader art history. While Stocker definitely broaches the problematic and paradoxically sentimental nature of child sexuality in otherwise prudish Victorian culture, it doesn’t really go anywhere significant. This seems odd as it isn’t as if that’s not a major topic of research these days—Ruskin, Carroll, Tuke, child prostitution, Christina Rossetti’s “Goblin Market” etc. Still, it’s a demonstrative exercise in the mechanics of art-historical research, and always nice to see an individual work of art receive that level of analysis.

Linda Tyler writes about how New Zealand promoted its national identity through art at the 1906-1907 New Zealand International Exhibition in Christchurch (it was JW-M who directed her interest to the event as a postgraduate). Tyler offers an interesting contrasting comparison between Australian and New Zealand colonial art at the time, alienated fatal shore versus New Eden, and notes that “the modernism evinced by some of the New Zealand artists was the more avant-garde than the Impressionism seen in the paintings of the Newlyn School and New English Art Club artists included in the British Art Exhibit.” No doubt. Most British Edwardian painters were very much in the recherché thrall of Velázquez, and maybe some influence from the Barbizon school if they were lucky. New Zealand had more interesting teachers in the mix, whose influence was greatly magnified by small population and great distance: Girolamo Nerli, a minor Italian aristocrat with connections to the Tuscan Macchiaioli school; Petrus van der Velden of the Hague School and friend of Van Gogh; and James Nairn, who had been one of the Glasgow Boys.

Roger Blackley writes a stimulating study on the uniqueness of Gottfried Lindauer in terms of his being patronised by prominent Māori for their own purposes. It is salient to note, though no one ever seems to notice it, that Lindauer came of age at a time of an assertive Czech nationalism in the face of Austrian erasure of Czech identity and language (particularly galling given the favouritism shown Hungary). While I don’t know what Lindauer’s political views were, I’m pretty sure he perfectly understood what it was like to be second class in one’s own land, dictated to by imperial politics, and that would have given him an insight into his often highly cultured Māori patrons and sitters that most New Zealand artists of the day, confident in their white British dominion, simply couldn’t imagine.

Blackley’s essay sits as a rather odd Pākehā presence in the fourth section of the book, “Māori, Pacific and Indigenous Art”, itself a bit of a problem. The previous section, “New Zealand Art and Art History” is, well, noticeably white writers writing about white art, sending a very strange message about what is or isn’t “New Zealand art history”. This could have very easily been avoided by not having sections at all, and thus also sparing us the awkward scenario of cramming together some really interesting essays under a category that screams “other”. Importantly among these is Anna-Marie White’s contextualisation of JM-W’s role in promoting and defining contemporary Māori art (a necessary counterpoint to certain persistent and cynical narratives about JM-W’s relatively, and hardly untypical, late embrace of his Māoritanga). Another is Karen Stevenson’s enlightening overview of the evolving role of indigenous Pacific and Pasifika artists in New Zealand and globally.

Also of particular interest is the inclusion of two previously unpublished texts by JM-W himself, one on the liturgical paraphernalia left to St Paul’s Cathedral in Dunedin by Victorian Anglican Ritualist the Reverend Bryan King, and a sadly brief lecture on issues in contemporary Māori art. I can’t help but wonder if a more useful and fitting tribute, given (as the introduction notes) JM-W’s own writings are few and widely scattered, might have been an anthology of these. There is, of course, still scope to do this.

Colonial Gothic to Māori Renaissance is not, I hasten to add, a bad book, not by any means, despite being a bit of an eclectic grab bag with some organisational flaws and of amateurish design. It is, however, those things that mean the book doesn’t quite live up to its potential scope and impact.

And I might add that Wood’s phrase “persistent and cynical” might better apply to Mane-Wheoki’s strenuous efforts in the 1960s ...

In his 2 November piece on the Mane-Wheoki tribute volume Andrew Paul Wood describes Anna-Marie White's essay as “a necessary ...

In his 2 November piece on the Mane-Wheoki tribute volume Andrew Paul Wood describes Anna-Marie White's essay as “a necessary counterpoint to certain persistent and cynical narratives about J M-W’s relatively, and hardly untypical, late embrace of his Maoritanga.” As probably one of these narrators let me agree with that “untypical” and “late”. My point was that when much later he accused some Pakeha, somewhat condescendingly, of not knowing where they came from or who they were he was standing in a pulpit with very shaky foundations. Benjamin Woolfield Mountfort might’ve called it “humbug”.

And I might add that Wood’s phrase “persistent and cynical” might better apply to Mane-Wheoki’s strenuous efforts in the 1960s to deny who he was, racially and sexually. Academics, after all, are assumed to have some connection with truth.