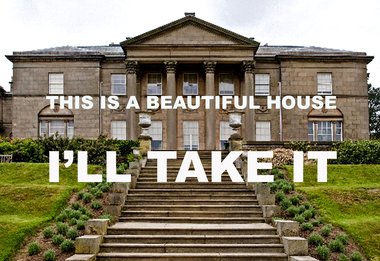 Having found a triangular corner clearing in a wood they turned it into a stage set. Centre, a shed. Left, right and backstage, three men crouched over equipment, DJ-ing a mix of sound effects, lights and a collage of dialogue from horror movies. The joy of it was it didn't represent anything, it was - all the mediums used or referred to were what it meant, though the site (house and gardens built on who knows what colonial exploitation) were relevant and became another medium.

It’s difficult enough reviewing a one-person show in a white-walled gallery. Reviewing a biennial which is new, self-aware and in a place with a complex history, is a quite a challenge. Reviewers are meant to say whether a show is worth going to or not. Tatton Park Biennial, of which this is the second, definitely is. It’s the art, but it’s also the place, a stately home with gardens which are incredible and big enough to walk round all day.

It’s also well curated (Danielle Arnaud, who has a London Gallery, and Jordan Kaplan of the Parabola arts organisation) and I had the feeling - from the art - that the artists had enjoyed working with them. They have responded to the place well - the house, the gardens, the history, and the idea of biennials.

Best for my money was Jamie Shovlin, who with two assistants performed on the opening night. Having found a triangular corner clearing in a wood they turned it into a stage set. Centre, a shed. Left, right and backstage, three men crouched over equipment, DJ-ing a mix of sound effects, lights and a collage of dialogue from horror movies. The joy of it was it didn’t represent anything, it was - all the mediums used or referred to were what it meant, though the site (house and gardens built on who knows what colonial exploitation) were relevant and became another medium. So we had these planted woods, the improvised stage (there was no actual stage), DJ’d music, film, horror, performance art itself, all mixed up. The shed was clearly intended as the focal point of the horror.

Going back to meaning, or what it represented - well he did find a way of making a piece which represented a heart of darkness in this English stately home, and this made it for me the most ‘site-specific’ and the most powerful piece of the show. This he did without any disrespect for what Tatton is now - a benign garden and museum.
What Shovlin’s piece is now, as an installation, I don’t know. This is one of the problems of only going to a show once. But as a performance it was brilliant. It is possibly quite empty without its performers - and noisy. (I am not much in favour of disturbing wildlife.)

As for the rest of the show - it was all pretty good. There were a few things I didn’t like so much, but I don’t want to go into that since even these pieces had their qualities and as an ensemble everything sat happily together. As I say, good curation and responsive artists. I missed Marcia Farquhar’s performance, which would have made more sense of her giant rocking horse. I notice another reviewer has said exactly the same. This is the nature or performances - you can miss them. Nevertheless her horse makes a nicely understated comment on the giant house. I have seen her perform before and she’s good.

There’s no doubt that touring round such a place, on a sunny day, going from sculpture to sculpture (call them that) and incidentally checking out the Japanese Garden (beautiful), the Orchid House, and other things, is an almost childish pleasure. Is it luxury, education, or intellectual pursuit? All three perhaps, and for sure, lots of ‘ordinary people’ (whatever that means!) get to see contemporary art, and this is good, I suppose. It makes me think, not that artists have to be political, they don’t, but they do have to make work good enough to put visual ideas into one’s mind which could later turn political in some way.

Breda Beban proposed a school on the site; Annika Eriksson showed some of the Baron Maurice Egerton’s amateur films in a tiny trailer-cinema, and added some of her own. (Maurice was the last Baron, a conservative MP, and the one who gave the place to the National Trust.)

Neville Gabie, who I interviewed for North of England art magazine Corridor 8, and who brought a small iceberg from Greenland into the park, told me he had read the whole of the last Baron’s diaries, and said that a huge number of entries were about shooting wild animals in foreign countries, which the Baron did, and recorded, with obsessive zeal. Gabie also observed that nearly every plant in Tatton’s extensive gardens is exotic - it’s a museum of world plants. His comments rather put me off Baron Maurice Egerton - Gabie, who is a salt-of-the-earth kind of guy, and well read, gave the impression he didn’t much like the person he found in the diaries. The iceberg meanwhile is in the gardens in a glass-sided crate which is also a solar-powered fridge. It has been ice for 10,000 years, apparently, and is a contemporary ‘exotic import’ with a twist.

Also in the gardens, I liked, among other things, Fiona Curran’s tree house. In the house itself, I liked Helen Maurer’s hanging glass shapes, lit by a light which rose and fell from a circular internal balcony. And the connected installations in upstairs rooms by Oona Grimes, Tony Grisoni and Sophie Lascelles. These used a collage of materials combining with stuff already present, with projections, sound, photos, and mirrors, and created a world within a world, or brought a ghostly life into the house-cum-museum. One might comment that it was the kind of thing we have become used to now, but it was a set of installations expertly carried out.

The catalogue reveals other aspects - a blog about biennials as an idea, by Rebecca Geldard, a story by sci-fi writer Brian W Aldiss, films by nine more artists (I didn’t notice these while there and I’m not clear where or how they were shown).

Maurice Egerton had his qualities. Aside from film, he liked his machines - cars, aeroplanes, and he dabbled in what was then new technology. Nearby are the old Rolls Royce works and Clara Ursitti fitted out a delapidated Nissan Sunny with the sounds and scents of a Silver Cloud - and a chauffeur. Unfortunately the car was stolen. She did manage to replace it, but this piece, which involved being driven round the site, was something else I missed, despite spending most of the rest of the day after the opening at Tatton. The joys of big shows - but maybe that’s good, not to be able to do everything. I hope this biennial manages to carry on - it seemed to me not only entertaining but intelligent. Maybe if you’re in the UK now, or in 2012 (oh yeah, the year of Olympics… which no one I know here wanted…) try to check it out. 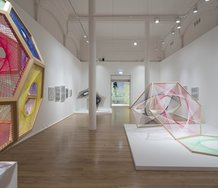 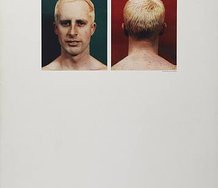