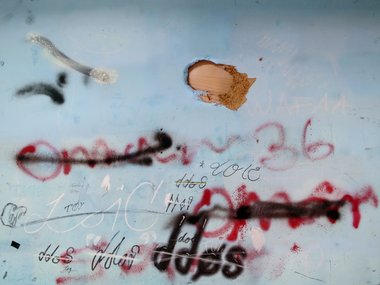 It's a particularly post-internet situation “when the photo of the art object is more widely dispersed [&] viewed than the object itself”: the exhibition documentation returning online, now with added real-world aura. The curatorial and commodity issues raised by exhibiting this particular strain of contemporary art are highly complex, and it must be noted that many of the artists and curators working in this space are aware of them.

Featuring work from a range of young, international artists “influenced by the everyday circumstance of being online with others”(1), the Future Gallery‘s “Shift” exhibition forms an interesting snapshot of post-internet art.

Matt Goerzen‘s DDos and the tags (TOYS) is a diptych exploring a connection between the offline graffiti community and hacking crews. In the former, unskilled taggers choose hidden or low-profile spots to learn spraying skills in order to avoid being tagged over or crossed out, often with the derogatory term ‘TOY’ appearing alongside. This indoctrination process has its analog in the hacking community, ‘noobs’ honing their skills on test servers before engaging in a live distributed denial-of-service (DDos) attack on a real target.

The smaller work in the diptych mainly consists of an inkjet essay providing this background information. So while peeking inside the terms and structures of these subcultures is engaging, it quickly becomes didactic - text within the canvas functioning as a type of vital metadata. The larger work visually juxtaposes these ideas, the two acronyms appearing stenciled or sprayed, struck through and tagged over. Listed materials and actions such as “spray paint, latex paint….wood, tape…scratching, sunlight”(2) are overlaid on an inkjet print on canvas, paint becoming optically subsumed into pixels. It’s the ambiguity in this surface, rather than its content, which becomes compelling: a vague blend of the analog and the photoshopped, the artists’ hand and appropriation. Analog sprays smear subtly into JPEG deblocking patterns and it’s unclear which marks were made by the artist and which by anonymous contributors served up via Google image results.

Brad Troemel‘s Yung Artist series 1/4 consists of a vacuum-sealed Younger than Jesus catalog with Hot Topic pink legging and rope. Visually the elements form a unified, clean aesthetic, while conceptually they assert a cynical logic. The New Museum’s Younger than Jesus show featured a range of the ‘best artists’ under 33, with the resulting publication being touted as ‘arguably the hottest catalogue of the season’, and a ‘must-have directory for curators’(3). Hot Topic is an American clothing retail chain with a reputation for distilling entire lifestyles (goth/emo as prime examples) into clothing lines available for purchase at any suburban mall. Both objects riff on the idea of artists’ “identity as a brand to be developed”(4), highlighting Troemel’s advocation of artistic personality over projects, or as he terms it: “Artists without Art”(5).

The work continues a series of vacuum-packed pieces sold via influential arts tumblr The Jogging, where Troemel is a key participant and curator. This packaging engenders a type of post-modern freedom, where disparate items, media and even food can be quite literally fused together into an objet d’art. Objects appear to be sourced from the near limitless gamut available on sites like eBay or Amazon, while combinations seem to stem as much from tenuous recommendation algorithms (hue-based “images like this” or keyword/category-based “products you may like”), as any personal curation. The embalmed result is visually cohesive; a hybrid image/sculpture coated with the ubiquitous, comforting sheen of our favourite oil-based polymer. The vacuum-packed plastic replaces the traditional frame as art demarcator, openly acknowledging the artwork as commodity, pre-sealed and only awaiting a buyer before being subjected to the same international logistics as any other product.

Jaakko Pallasvuo‘s video work, The Cloud of Unknowing, feels like an intentional rehash of body art conventions, ice cream slowly melting on the chest of a near nude male and sliding to the floor - only to be awkwardly placed again on his torso. In fact the single update to this performance art cliche seems to be not the movements but the media itself - the work filmed in full HD with impeccable detail and studio quality vocal narration, uneasily pitch-shifted.

At one point a word flickers briefly onscreen: “#NoNewIdeas”. It’s a hashtag which appears frequently on Twitter, ranging from critiques of movie sequels to fashion ripoffs and politicians pushing through tired legislative concepts. Pallasvuo’s work puts its finger in the wound of a global internet culture in which egalitarian information access, touted as liberating, often has instead a flattening, homogenising effect. Where every photo has already been taken and novel concepts are quickly assimilated into the web’s collective consciousness, the only production strategy is one of endless reproduction.

This strain of recent post-internet work from young artists can be differentiated from much of the new media space by a lack of technology critique. Indeed “post” here, rather than a time indication, emphasises the assumed ubiquity of network culture and the coexistence of life (including art production) with the web and wider media, - “when the Internet is less a novelty and more a banality”(6). “Shift”s text underlines this point, insisting that the artists’ stances are “not in defiance to the platform”, and “not those of far-distanced critique”.

The works instead are driven by the “circumstance of being online with others.” Yet to commodify this circumstance, there’s a push to make it concrete - the online taken offline. There’s an “expectancy for physicality to substantiate a work”(7), preferably in limited edition. In an exhibition which focuses on the the shift, this is a notable if silent one. In a series of moves (both artist and gallery initiated) not dissimilar to the commodification of land or performance art, the “infinite reproducibility and mutability of digital materials”(8) becomes fixed in order to fit the financial and practical constraints of a commercial bricks-and-mortar arts space.

After studying users of Google Glass, the internet giant’s new always-connected HUD, media philosopher and designer Ian Bogost finally settled on an apt term for the peculiar suspended social and physical states it engendered; the zombie. “Wearers are neither present nor absent, neither here nor there, neither in-person nor on-line, neither attentive nor oblivious.”

There’s a type of limbo at work here too, pieces forced to become concrete for the gallery format are often barely physical - light, nearly two dimensional objects which appropriately utilise advertising media and production. Simultaneously that same physicality severs their dynamic ‘digitalness’ - they’re unable to fully communicate the transient, online life which they stem from.

Jennifer Chan‘s chat log, screenshotted into a static image, loses much of the energy of online conversation. The awkward pauses and relational history, the ebb and flow are frozen into a single isolated instant. Similarly Goerzen‘s insider terms and tropes would feel more natural if they were gradually discovered by a user on online forums, with all the flame wars, trolls, and mythologies which come with them. Even Troemel’s Yung Artist series in physical form is strangely a pale shadow of its online equivalent, posted on thejogging.tumblr.com in luminiscent RGB and taking flight as a distributed image-object via the clicks of a thousand rebloggers.

The problematic online/offline shift here could instead be productively framed as a more cyclical strategy. Indeed it’s a particularly post-internet situation “when the photo of the art object is more widely dispersed [&] viewed than the object itself”(9): the exhibition documentation returning online, now with added real-world aura. The curatorial and commodity issues raised by exhibiting this particular strain of contemporary art are highly complex, and it must be noted that many of the artists and curators working in this space are aware of them. Nicolas O’Brien‘s essay ‘Notes on the Installation Demands of Media Objects’ discusses previous approaches (including one show at the Future Gallery), while Chan herself provides an excellent overview of strategies in her presentation titled ‘The Commodification of Net Art’(10).

As per its name, the Future Gallery’s Shift highlights a forward-looking potentiality rather than an easier, circumscribed perfection. Its very commitment to showing work which reflects our contemporary moment brings to light a number of critical and relevant issues around art production today which most institutions haven’t even touched on. Highly recommended. 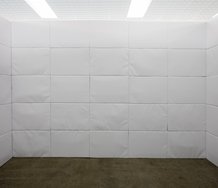 International group exhibition
The Shadow of the Dome of Pleasure 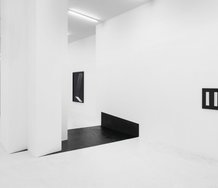 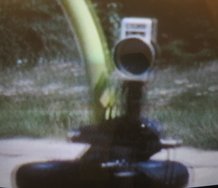