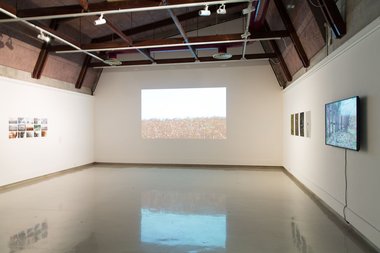 Tappenden questions the assuredness of the alternative title, This Must Be The Place, because of the distrust that has been historically linked to photography, due to the influence the photographer's gaze has on the images and their control of what we are able to see. Ideas of ‘place' are linked together to differing extents by being ecological, declining, and historic, yet somewhat at a loss for their function in the modern era.

Emil McAvoy, Caroline McQuarrie, Johanna Mechen
This Might Be The Place
Curated by Alice Tappenden

Alice Tappenden describes This Might Be The Place as portraying a strong sense of homecoming, in an exhibition that represents places that the artists know intimately and have therefore shaped the way they now see the world. She questions the assuredness of the alternative title, This Must Be The Place, because of the distrust that has been historically linked to photography, due to the influence the photographer’s gaze has on the images and their control of what we are able to see. Ideas of ‘place’ are threaded through the works of the three artists, Caroline McQuarrie, Emil McAvoy, and Johanna Mechen, and are linked together to differing extents by being ecological, declining, and historic, yet somewhat at a loss for their function in the modern era.

Despite being faced with a projection of a field of maize upon entering the space, I was immediately drawn towards Caroline McQuarrie’s photographic series. Waiuta (2015) is a collection of images of the Waiuta mining town, now left largely abandoned and purposeless like so many small towns along the once prosperous West Coast of the South Island. McQuarrie has brought together images of the deteriorating township, an equally deshevilled ‘Little Earth’ model of Waiuta created in 2007, and a series of black and white photographs taken during a time of affluence, prior to the closure of the mine when the town boasted amenities ranging from a hospital to an ‘Olympic’ swimming pool.

The similarities between Waiuta and ‘Little Earth’ are deceptive and disconcerting, to the point where one must focus their attention on the extraordinary height of the surrounding grass to tell the model from the reality. Questions around the place of women are frequent in such histories, as they have so often been excluded from photographs of groups of blackened men working laboriously. McQuarrie has addressed this exclusion in the greater body of her 2014 work No Town, with samples of her own embroidery that share information with the viewer through recreating newpapers and poems, whilst making the female presence known.

Circling the modular gallery space brings me next to Emil McAvoy’s New Hamilton (2014-17), a three part project combining Contact Print, a photographic series depicting fields of maize, the town’s airport, and a selection of statues; Lusi in the Sky, a short film loop capturing the recent Cyclone Lusi; and a logo intended to inspire the rebranding of one of New Zealand’s poorly promoted regional towns.

This ‘New Hamilton’ is advertised as a welcoming place for extraterrestrial lifeforms; McAvoy’s vinyl logo denotes an image of a crop circle that he invites Martian species to replicate in the research fields, where it may be flown over by plane and studied. McAvoy references the folklore of the crop circle and the associated connotations of healthy ecosystems, alongside the promotion of Hamilton as the country’s ideal location in which to withstand climate change. While the text behind McAvoy’s practice interacts deeply with the works of McQuarrie and Mechen, highlighting the redefining of historic ideas around the treatment of places and ecosystems, his visual works fail to convey this message.

Johanna Mechen’s practice continually revisits the theme of water; an obvious signifier of our drastically changing climate, despite being at the heart of centuries of spiritual and cultural beliefs. After volunteering three days of her time to assist in a working bee to clean up the notoriously polluted Waiwhetu Stream, Mechen created the 21 minute video loop Stepping Into Social Waters (2014), which is played alongside four photographs. The short film depicts the re-enactment of an ‘archaeologist’ mining the riverbed to uncover objects which had been found during the working bee, and replanted by the artist to be uncovered.

The video is accompanied by a reoccuring segment of audio news that states that 1.5m of toxic sludge sits at the bottom of the stream, which is so heavily polluted that it has caught fire in the past. Although Mechen’s work was created in 2014, it brings attention to the current political discussion surrounding our waterways - especially in the eyes of Cantabrians as headlines are constantly exposing the industrial pollution that is destroying our places: namely the Heathcote, Avon, and Selwyn Rivers.

The works of these three artists display interpretations of places that they are intimately familiar with and offer the opportunity to consider how they ought to be preserved: whether that be historically conserving what has been lost, working to remedy what we have not yet completely destroyed, or thinking creatively about what we hope to be in the future. 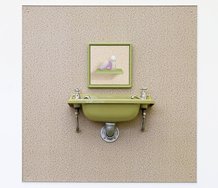 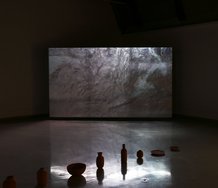 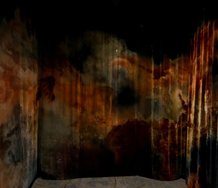