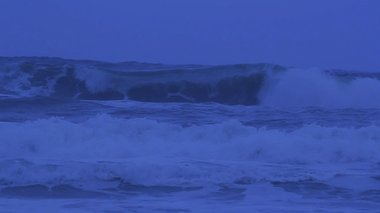 If there is a uniting thematic link to these three MIC installations it's that Shahriar Asdollah-zadeh and Leonard So have passionate overtly political opinions, and that Steven Chow is more ecologically focussed - but that is about all you can say. They really are unconnected.

Steven Chow: I see when you sleep, I hear when you wake
Leonard So: Sheep, Pirate, Mouse
Shahriar Asdollah-zadeh: The Revolution Continued

These three artists were put together according to the initial MIC blurb because they, an Iranian and two Chinese, were Asian. Hardly informative seeing 60% of the world’s population is Asian. If there is a uniting thematic link to these three MIC installations it’s that Shahriar Asdollah-zadeh and Leonard So have passionate overtly political opinions, and that Steven Chow is more ecologically focussed - but that is about all you can say. They really are unconnected.

Asdollah-zadeh is a whizzo at making large cardboard/plastic tape models and digital techinical drawing , and his Trojan horse is impressive with its scale and complexity. When it is placed alongside a large Starbuckslike disc saying ‘Freedom Flotilla’ these two images of conflict (one Greco-Trojan, the other Palestinian-Israeli) become symbols of a determination not to be excluded, to break though social barriers and penetrate hitherto exclusive communities.

He sees himself as part of the Iranian diaspora that occurred globally after Khomeini overthrew the Shah and religious fundamentalism took over. Perhaps the blending of different identities those sculptures represent is what he means by ‘trans-experience’ - a term he discusses in his gallery handout. However such cultural hybridity is common now, and not restricted to refugees with memories of one homeland endeavouring to create another. Asdohah-zadeh’s installation over-emphasises his process of making the horse but the juxtaposition of the two images has satisfying historical and political resonances.

Leonard So is a performance artist concerned about the erasure of democratic rights in Hong Kong due to pressure from the Chinese mainland. His installation includes two videos, some mannequins dressed in animal costumes and pirate masks (as seen on the videos), and a bath of water in which lies a grey bear suit (part of a performance on opening night). One screen shows the two costumed ‘animals’ in a protest march moving amongst protestors and a large crowd of supervising police; the other barred pens where the demonstrators are being detained before being processed by the authorities.

Whatever the issues of democratic rights, and the future of Hong Kong, the films and the installation are not particularly striking, though perhaps the opening night performance was compelling. As a metaphor the bathtub of water could mean a number of things. It might mean democracy is leaking away; it might stand for Hong Kong’s being overwhelmed by China, swept under its considerable might, presence and influence; it might stand for a watery resistance to a fiery conflagration. It’s ambiguous.

The other Chinese artist is Steven Chow and his installation of blue tinged videos is enigmatic, melancholic and oddly haunting. In a small, vaultlike room is a projection of a newly born baby in an incubator, with its breathing, pulse and neural systems being monitored. Because it is foreshortened - with the camera aimed at it from the feet end of the cot - there is an odd distortion. Perhaps it is the camera lens, but the feet look oddly small and the hands too big, but as said the reasons might be optical - not as I initially thought, digital manipulation.

The vulnerability of the child links to the two other large projections on either side of the baby in MIC’s large gallery. They show a sequence of three scenes: waves crashing on a beach; mist coming down in the early morning over some bush covered hills; that mist advancing closer-up, over a road next to a group of trees and a power-pole. The screen on the left seems to be ‘normal’ but the one on the right has the film going backwards, something not immediately obvious.

Chow’s concerns seem ecological and global, a meditation on time running out and a wish to be able to push back the clock; a mourning for lost opportunities and needless waste. Of the three shows, his seems to succeed the most - maybe because it is immersive, primal and emotional. Asdollah-zadeh’s seems in comparison a bit icy and overly technical, and So, the other extreme - too obvious: a bit shrill.