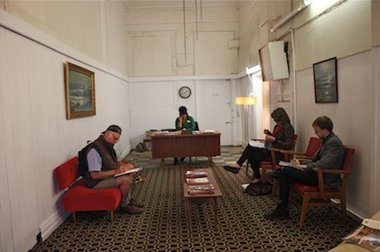 When I visited the space it was more difficult, unless watching another visitor's encounter, to escape discussing it in a kind of meta-, or art critical fashion (in my case, with the artist) when more intriguingly, I believe that many visitors engaged with Singh's project without feeling any similar pressure to designate it “art” or provide an evaluation of its “art” status.

A stereotypical reading of performance art is that it might involve some kind of angsty, visceral public event or utterly spectacular intervention. Artist Victoria Singh’s latest project, The Waiting Room, a rather subdued occupation of a now-emptied bookshop on Wellington’s Lower Cuba Street during the month of March, acted in an entirely different manner from that model. The artist held fort for a period of three weeks, clocking in early and leaving relatively late, in the various capacities of caretaker, minder, receptionist, front office staff, videographer, interviewer, discussant, curator, and more generally (and significantly) a live, embodied presence. She might be online (as we all are these days) or out front, sweeping the entryway. Sometimes arranging the window display or temporary exterior signage. The former included some opshop-style circus ephemera to create a visual rhyme (or distorting mirror) to Iko-Iko’s glitzy circus consumables in the shop located almost directly across the street.

Singh’s project might seem on first glance as if it was a performance that drank from the (slightly tainted these days) well of “relational aesthetics” as the interactions between Singh and The Waiting Room‘s visitors served as the central locus of activity. But it’s important to note Singh’s previous background as both a performance artist and curator of live art (including five years at Vancouver’s renowned alternative space The Western Front) and that during this particular project she was in virtual contact with one of her mentors Linda Montano, a formidable figure in the of the realm of performance, best known for her blurring of the art/life domains, role-playing in extravagant personae, extensive work with durational projects (she was once tied at the waist to the artist Tehching Hsieh for a year), and the integration of Eastern spiritual practices into her art practice.

The influence of Montano and other temporal performative frameworks dating back to the 1970s provides some additional cultural context for Singh’s practice. And indeed the first time I encountered Singh in person it was awhile back when she was covered head-to-toe in green body paint, to assist her in the role of an emerald Hindu goddess, offering blessings to the attendees at a Letting Space anniversary party held in Wellington. Singh’s Waiting Room was tidily and meticulously arranged but in a scruffily un-gentrified space, which aided the effect of creating some kind of strange, not unpleasant purgatory. A bit like a pop-up campaign office, but the candidate, Singh, is there to mess with your head and to provoke any of your existing preconceptions about the notion of waiting, time, and other vexing art/life queries.

Comparatively ancient Time magazines were stacked for consultation, and a dusty looking sofa-sized seascape hung prominently on the wall. Filled questionnaires began to be posted along the wall directly to one’s left upon entering the space. Singh posed the following questions, to which participants, if willing, could write their answers (and/or) agree to be recorded onto video: What is the longest time you have had to wait for something? Is there something you are waiting for in your life right now? What is that? How do waiting rooms make you feel? Are you patient or impatient? Do you have a few sentences you would like to share about how waiting has changed your life for better or for worse? Were you patient or impatient during this time?

As one might easily imagine, Cuba St. being an active public area of shops and cafes, buskers and flaneurs, became a particularly good zone to elicit curious pedestrians to wander into the space. Topics of conversation generated from the respondents (whom Singh recorded on video) included: waiting for visas, public assistance, long-haul flights, engagements and weddings, true love, old friends, family members, travels, births, world peace, birthdays, banks and hospitals, in traffic, for achievements, addressing health issues, wisdom, “to feel comfortable in my own skin,” and “all my life.” A number of other visitors played musical instruments, silently read, or knitted. Several small children drew pictures or scrawled on Singh’s paper questionnaires.

The video documentation in particular (portions of which played in the space, and have been posted onto YouTube) helped me gauge the wide-ranging effects of The Waiting Room. When I visited the space it was more difficult, unless watching another visitor’s encounter, to escape discussing it in a kind of meta-, or art critical fashion (in my case, with the artist) when more intriguingly, I believe that many visitors engaged with Singh’s project without feeling any similar pressure to designate it “art” or provide an evaluation of its “art” status.

This is a salient feature of its public-ness, that a “public art performance” can both speak of and actively demonstrate the act of performance, and summon interesting discussion, outside of (or at least at an oblique angle to) characteristic institutional art framings. (Of course the project did benefit from CNZ support, and association with the urban dream brokerage initiative so institutional contexts were certainly present, but not directly foregrounded.) The act of crossing the threshold of The Waiting Room created a situation for a variety of potential responses, and from the evidence I’ve seen, very often meaningful and reflective ones. 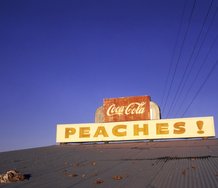 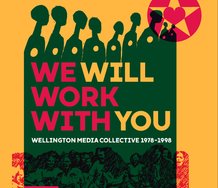 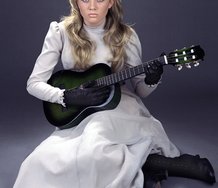 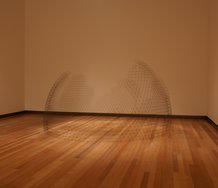