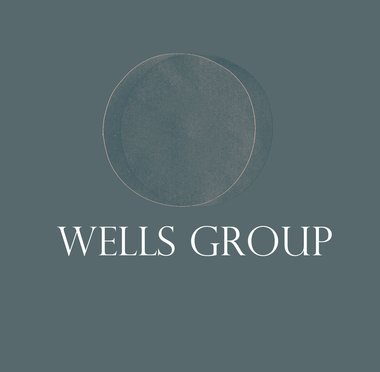 This elusiveness is extremely compelling. On the one hand we have Wells artfully posing in the Dominion Post as a simmering Lenin, and on the other we hear him on radio lose his cool and call a commentator ‘an idiot' for trotting out the same distorted inaccuracy about the mythical 40k of Creative New Zealand money used for this project. He is both controlled and feral, consistent and redolent with contradiction, and this gives the work its bite.

Maybe I am firing the cannon too early in reviewing Tao Wells‘ The Beneficiary’s Office at the end of its first week. After going blow for blow across all news and blog forums in the last seven days with our favourite flaming martyr Peter Jackson, Wells has faded as multinational media conglomerate/Jackson versus ‘recalcitrant actors union’ pushes him, and his pro-unemployment message, out of the spotlight. But it’s still early days. He may be back with another measured diatribe or carefully calibrated outrageous soundbyte that gets upstanding citizens spitting out their cornflakes in perfect anger. He is certainly working away diligently along with his team of media minders and office staff in the corporate bunker that is the Wells Group HQ in Manners St, planning, scheming and doing more interviews in a week than most artists do in a decade.

The setup for The Beneficiary’s Office is straightforward on a number of levels. Choose a highly divisive issue such as unemployment, mix it with the incendiary combination of artist as dole bludger and polemicist, say something that reinforces a barely concealed prejudice, mix it with a measured appropriation of corporate culture, then press send and wait for the ants to start jumping. It’s as simple as just adding water for tabloid outrage, right wing blogger overdrive and the instant manufacture of a new loser anti-hero. Step forward Tao Wells, the embodiment of all that is wrong with the bloated, ‘away with the fairies’ world of contemporary art.

While I am being a tad reductive in framing this operation in such straightforward terms, Wells is clearly treading on familiar agit-prop ground with a nod to the Yes Men, Renzo Marten and of course his revered forebear Joseph Beuys whose utterances kept bourgeois Germans in a near constant state of agitation. Yet what sets Wells and his corporation apart from his fellow antecedents is his own very idiosyncratic persona that is far less controlled and consistent. After carefully constructing his premise for this Letting Space project, the subsequent public face of the artist is far less structured and on message. There is always the sense in his response to the subsequent barrage of media questioning that he will say something contradictory about art and unemployment, that he might get angry, and that you can never be quite sure whether he is being stridently political or esoteric - or some strange combination of both.

This elusiveness is extremely compelling. On the one hand we have Wells artfully posing in the Dominion Post as a simmering Lenin, and on the other we hear him on radio lose his cool and call a commentator ‘an idiot’ for trotting out the same distorted inaccuracy about the mythical 40k of Creative New Zealand money used for this project. He is both controlled and feral, consistent and redolent with contradiction, and this gives the work its bite.

The problem for the media is that they cannot quite stuff him in a box and keep him there. His assorted messages are more complex than they can cope with, shifting from environmentalism to wanting Paul Henry’s job. He is a left-wing firebrand who at the same time lobs in an aside that he is more like the tarnished breakfast ‘straight shooter’ than we think. Professing in an interview midweek to not being politically correct, Wells places his spanner in the popular media’s works by consciously making it very difficult to nail him to the mindless, out of touch, pinko artist mast.

Not surprisingly this is where the media lose interest. The Wells Group is muddying the waters of what was initially an easy stereotype and the dominant tabloid mindset simply cannot cope with the complexity. As the heat began to go out midweek, it was cooled in part by a greater complexity of responses to the work that added layers of depth beyond the jingoistic ‘cut off his benefit’ rhetoric. But ultimately, the media began to suspect they were not able to control the story or Wells himself and headed for greener pastures with anti New Zealand hobbit actors. Thus when Wells wraps himself in a banner and holds a book in the air at a large-scale union protest on Wednesday, there is none of the earlier frenzy. He has returned to being just another artist, little more than an eccentric curiosity.

Many will argue so what? We know how the popular media operates and Wells has simply used his heightened cultural capital to poke the mongoose in the name of transgression. Furthermore his inarticulate messages reveal a blundering attention seeker who has no critical programme beyond cultural antagonism. But this too is conveniently pat and straightforward. It neglects the moments of brilliance and poise that have surfaced in The Beneficiary’s Office.

The photograph of Wells in The Dominion Post (click on link) may well be the most compelling artist portrait in recent memory. It is so beautifully controlled and menacing: the suit, the crazy hairstyle, and that amazing stare. It’s like he has distilled the swagger of the Italian Futurists in their disturbing and contradictory business attire and given it a modern spin to scare the bejesus out of Peter Dunne’s middle New Zealand. The image says ‘I am one of you but I am also your worst nightmare’. This is a massively complex photograph and cuts to the chase of the enterprise. The Wells Group wants to open up a chasm of critical discourse that is papered over by the featherweight bandying of ideas in the popular media. While it is done with a blunt instrument and in a seemingly scattergun way, Wells’ corporation has so far proven to be a shot of electricity into the tepid zombie that is mainstream public debate. People are actually debating unemployment and globalisation across a multitude of forums, taking the discussion well beyond its incendiary starting point. While we should wait to see how far this goes, it is a promising beginning to what is more a ‘Mom and Pop’ than corporate enterprise.

Whether the corporation can sustain interest or relevance in the coming weeks is now the challenge as the media spotlight drifts away. In the banal world of 24-hour news cycles the soufflé is unlikely to rise twice. The work will no doubt shift gears, most likely to focus on the office itself as a site of dialogue and exchange, with, one suspects, Wells and his team relishing the chance to argue in a more nuanced way with visitors about why unemployment is the logical lifestyle of choice for a sustainable 21st century. Meanwhile Wells can take some pleasure from the fact that his face is now embossed on the dartboard of every right-wing blogger/media pundit in New Zealand and that he markedly, if briefly, raised the collective blood pressure of the nation. Not a bad week’s labour for an unemployed dole-bludging artist.

"it is a promising beginning, he's obviously a very clever chap however in the banal world of 24-hour news cycles ...

"...it is a promising beginning..." "In the banal world of 24-hour news cycles the soufflé is unlikely to rise twice. ...

“In this world, the man [sic] of sovereign art occupies the most common position, that of destitution. Whether or not he enjoys paltry resources, destitution is his lot, only the bottom of the ladder is the right level for him: even this is on the understanding that he does not demand a leadership privilege for the class that occupies it. Not that he opposes the leadership of the poorest, but even if they remain destitute, those who lead – or intend to lead – are opposed to him. He remains on the side of the led. Those who mean to lead the world – and change it – opt in this way for accumulation. Those who prefer that others lead it, even if their refusal to lead were but a consequence of the refusal to be lead, aim at non-productive consumption. The led of our time are the only ones who restrain, if the leadership troubles them, that vast movement of growth whose excessiveness is the promise of disastrous consumptions.”

I want a copy of that photograph, it's brilliant! Tao 'Lenin' Wells.

I wonder which photo of Lenin Mr. Cross is thinking of. Seems a little far fetched to me. I think Tao looks more like Art Garfunkel.

"In the banal world of 24-hour news cycles the soufflé is unlikely to rise twice. The work will no doubt shift gears, most likely to focus on..."
-David Cross, Massey University Programme Leader

"...he's obviously a very clever chap, if only he'd put the same effort and energy into his cv, then he probably wouldn't have a problem"
- Judith Colins, Acting Social Development Minister.

Any one guess what these two views have in common?

"it is a promising beginning, he's obviously a very clever chap however in the banal world of 24-hour news cycles the soufflé is unlikely to rise twice. If only he'd put the same effort and energy into his cv, then the work would no doubt shift gears, most likely to focus on getting a job"

"..., , then he probably wouldn't have a problem"
- Judith Colins, Acting Social Development Minister.