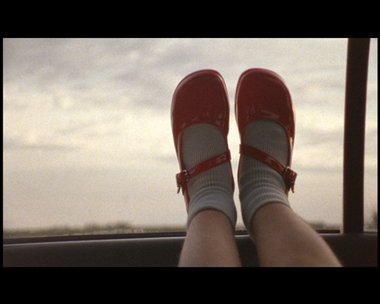 The selection deals with a wide range of topics, mainly focussing on global issues connected to the southern hemisphere, but not entirely—as Liu Wei's film on the Tiananmen Square Massacre (its lack of Chinese public memory; the ostensible paucity of national acknowledgement) testifies. The film-makers come from Argentina, Brazil, Colombia, Bolivia, Poland, China, U.S., and Israel. Themes from South America are dominant.

The nine videos here were selected by Solange O. Farkas to be shown in the 17th International Contemporary Art Festival SESC_Videobrasil in 2012. The programme is currently running in the ‘film corner’ behind the large ‘lounge’ space adjacent to Te Tuhi’s Reeves Road windows.

The selection deals with a wide range of topics, mainly focussing on global issues connected to the southern hemisphere, but not entirely—as Liu Wei’s film on the Tiananmen Square Massacre (its lack of Chinese public memory; the ostensible paucity of national acknowledgement) testifies. The film-makers come from Argentina, Brazil, Colombia, Bolivia, Poland, China, U.S., and Israel. Themes from South America are dominant. The programme runs for seventy minutes.

There are some wonderful works in this thematically diverse presentation, items that explore subjectivity, community memory, violent histories, the search for work, and failed city architecture and planning.

In Lara Arellano’s Mientras paseo en cisne (2010), a very young girl looks out of the back seat window of the car she is travelling in —going for a holiday with her parents. They are chatting in the front seat while she ruminates, pondering the Argentinian scenery and animals they speed past, the state of her red shoes pressed against the glass, and worrying about some slowly healing scars on her legs. We look over her shoulder as she muses—in a state of reverie-on her bodily sensations and her past/present/future.

Another video which looks at Argentina—Dan Boord and Luis Valdovino’s Tree of Forgetting (2009)—contemplates the grim histories of various cities, especially life under the junta when, for example, kidnapped children taken from left-wing households were given to military junta families. One interesting art historical fact mentioned is that Marcel Duchamp set up the country’s first chess club in 1918.

Moran Shavit’s Exploring (2010) click here presents a sequence of twenty year old postcards from father to daughter while he is away working on an ocean tanker traveling down the coast of South America, and past Argentina. She was in Israel and later-when much older and making the film in Berlin—creates an ongoing imaginary postal conversation between them.

Luis F. Ramirez Celis’s Superbloques (2010) showcases a catchy tune by Venezuelan singer Simón Diaz which tells the story of a girl trying in vain to persuade a boy to leave his beloved modernist apartment block. It ironically presents slow-mo shots of the famous demolition in 1972 of the Pruit—Igoe housing project (33 eleven story buildings) in St. Louis.

Chico Dantas’s Via República (2011), looks at the deserted streets of João Pessoa, the capital of Paraiba province, in Brazil—with the artist (travelling in a car) extrapolating on his own family history in the face of empty buildings.

One film is very different from the others in that it is like a tableau vivant. Only the camera moves. Claudia Joskowicz’s Round and Round and Consumed by Fire (2009), features the camera turning a full 360 degrees while posed actors remain stationary. It is about the story in the popular film Butch Cassidy and the Sundance Kid when the two fleeing North American outlaws are in a Bolivian village and get surrounded by soldiers—with lethal consequences. It possibly alludes to the later death of Che Guevara. (Maybe exploiting coincidental parallels.)

Liu Wei’s Unforgettable Memory (2009) is about confronting Chinese inhabitants of Beijing (on the streets) with the famous photograph of a student blocking a column of tanks in Tiananmen Square, to draw out comments. They usually are too frightened to respond, or in denial, not remembering at all.

Jonathan Case and Marek Ranis’s Machines for Living (2010) examining the utopian ideals of Le Corbusier, looking at interviews and various apartment projects, and mixing in filmed images of elephants as symbolic portraits of Le Corbusier.

There is a lot of emotionally stirring, haunting material in this video programme, often mixed with information about the consequences of attempts to prevent social change. Issues very relevant to the world today.