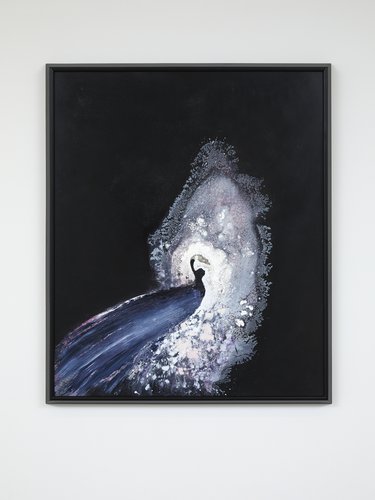 Several times in the same work [Choruses from The Rock]—regretting the gag and spew of language which is a perversion of the original, authorial silence of the Word—the Christian poet [T.S. Eliot] laments the hectic printing of books, and chides their authors for being ‘too vain and distracted for silence.’ Oppositely, the Jew, recognising that the Torah is the word and flesh of God, celebrates the endless publication of commentaries, summaries, dissertations, refutations, marginalia, glosses. He attends religiously to the sacrifice of the Word in language.

Cut off from the phallus, the so-called ‘primary signifier’—and consequently disqualified from an effective relation with desire, which mediates all intercourse—the female is effectively kicked out of language. But it is not a simple exclusion that gags the subject. It is not simply against language that there is dumbness. The voice is lost in speech removing the tongue by moving the lips. And like a Golem who is brought to life and fitted out with an identity through the incantation and imposition of words and yet is mute, we are made fluent in a language which speaks us if not talks us down.

The Word marks off a silence. A word is a silence precisely because it must resort to itself as its own explanation, return to itself as its own point, body oblivion, but brute fact or flesh: the very matter of the immaterial. Between the word and flesh—between order and silence, violence made to order—there is a relentless vacillation.