Between Freezer and Cloak 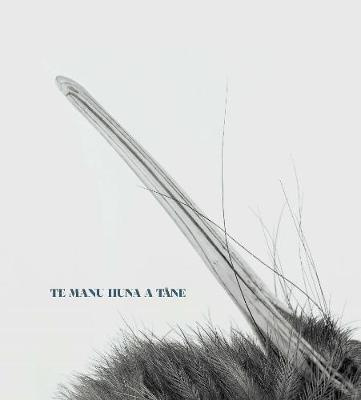 The in situ photos are elements in a puzzle that you ponder over, creating a mental floorplan of the outdoor space (the porch, the table, the dead birds hanging in plastic bags on a wall, the beach etc.) and identifying the principle participants at work (sometimes their family connections) where they are standing. And who is watching the demonstration.

Photographs and essays on the recycling of kiwi feather pelts for use in Māori woven cloakmaking.

This beautifully designed little hardcover book demonstrates the productive use of found resources (in the form of birds tragically killed by cars or dogs), showing how one community is making the best use of deep-frozen roadkill by saving Kiwi pelts for eventual weaving into beautiful cloaks.

In the Bay of Islands DOC freezer there have been over a hundred bodies since 2013, so that is a considerable resource for weavers of kahu kiwi. Those pelts are prized for the layered warmth and decorative properties they bring to the cloaks, and after the extraction the other body parts (including viscera and bones) are buried with due ceremony in their rohe of origin. Some more solid bones are put aside to be cleaned with sea lice and put to further use.

The in situ photos are elements in a puzzle that you ponder over, creating a mental floorplan of the outdoor space (the porch, the table, the dead birds hanging in plastic bags on a wall, the beach etc.) and identifying the principle participants at work (sometimes their family connections) where they are standing. And who is watching the demonstration.

You could start this book—after flicking through the three groups of photographs—by reading weaving experts Raewyn Ormsby-Rihari and Tiwai Rihari-Rawhiri’s introduction (an account of the proceedings we are witnessing and the rationale behind them) or the piece of writing by Matariki Williams (a Te Papa curator and seasoned writer who amusingly declares she is a knitter, not a weaver) who starts off by describing the first photo and eloquently extrapolates from there, building on that image.

The contributions have been organised to lock together into an impressively cohesive whole that embraces 4 coloured and 17 black /white photographs. The former show us the bird bodies in detail, and the latter the setting for the teaching.

The writers include three weavers (Ormsby-Rihari, Rihari-Rawiri, and Toi Te Rito Maihi) who deal with the significance of this teaching activity; Rolien Ellliot, who elaborates on DOC’s treaty obligations; Cinzia Vestena, who tells us about the hidden life of the Northland Brown Kiwi; Hugh Rihari, a kaumātua in the Bay of Islands who provided a translated poem about kiwi nocturnal activities; and Cassandra Barnett, a Māori writer who discusses the affecting properties of the  photographs and elaborates broadly on the particulars of the images.

Jenny Gillam’s coloured photographs of the broken kiwi corpses, and the black and white ones of the process of careful dismemberment, certainly are powerful. There is great sadness at the death of these wonderful creatures (protected in death as well as in life—their bodily remains are entrusted to their regions of origin), but also relief that their feathers are not wasted—that they ‘live on’ via these beautiful decorative and warm garments. While there is fear that the northern brown kiwi is on the path to extinction, in very recent weeks scientists have said there are positive signs it is recovering, due to successful predator control.

Cassandra Barnett, makes an understandably, unabashedly emotional, response to the distressing images, but also says something quite lovely:

The beauty of these images, and of this wānanga, is that they are not despairing. They bring us close to grief, they permit mourning, but they are bathed in light. They bring the kiwi deaths out of cold storage, literally, and launch them on their next journey. Into the heavens as stars.

The photographs can be seen as useful in several ways. They remind us of certain contemporary Māori artists who effectively use wildlife in their practices. For example, the films of Shannon Te Ao or Eugene Hansen and Jenny Gillam’s own 2015 stick insects project. The power those creatures (living or dead) contribute to the art presentation is considerable, the excitement their presence as fellow animals generates for us.

Of course, they also cast a spotlight on the passing on of traditional knowledge about resourcing and use of materials. They lead you to the cloaks and how the feather pelts are used. You wonder about the artistry and aesthetic pleasure of the garment makers—the details of their organisational decisions—and perhaps will research further.

And because of the pervasively fractious era we are now living in (the irritable and confrontational ambience not only abroad but here too), these separated, pitiful and bloody, body parts coincidentally take on a symbolic level far beyond normal occurrences of life/death tragedy. Such ‘carnage’ points to an ununited nation divided into many highly vocal political factions—all with loudhailers. Corporeal pieces (emblematic or not) it seems that can never be re-joined. I hope I am mistaken, but the button for a snipped and severed Apteryx mantelli can only be futilely pushed down when anticipating ‘rewind’.