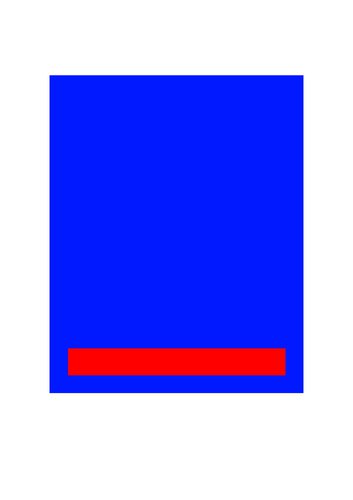 In Starkwhite‘s large downstairs gallery, four uber-glossy Gerold Miller paintings made of automobile lacquer on rectangular metal panels are presented on the lefthand side—in what is the first NZ show from this German artist. We rarely see the use of car lacquer in art shown in Aotearoa. Billy Apple has done it, as did Ray Thorburn in the mid-seventies while a Hodgkins Fellow.

Miller lives in Berlin, and there it must be very easy to outsource such techniques, plus organise the precision building of metal panels. Some of these have rounded corners. Many of his paintings he plans first with collages, particularly other series with circular holes, depicted overlapping planes and diagonal edges.

In Starkwhite, on the long wall by the stairs, hot fluoro colours advance from three smaller, very shiny slabs—all put together in factories—with horizontal black bars near their bases. No chromatic modulation occurs, with constant maximum saturated intensity being kept throughout. All edges are razor-sharp.

By the window, one huge work in deep blue, like the fluoros, is extremely reflective and has a glowing orange bar. It seems to be a glossy portal that lures you towards its centre. As a massive fetish item it is alive and enchanting; never to be ignored.

On the other side of the gallery, six black matte L-beams strategically positioned on the room’s longest wall, delineate within three sections of white plane in a row. As horizontal linear elements (angled in cross-section) these ‘shelves’ blend architecture, painting and sculpture, relying on the viewer’s mental participation to recharge each enclosed rectangle’s white centre.

On the floor are two freestanding highly-polished aluminium sculptures—made of three intersecting bars—based (perhaps) on standing abstracted vertical human forms. They come in two sizes. They initially seem comparatively underwhelming as the very ‘physical’ wall paintings effortlessly dominate the show, yet they do have something substantial to offer.

The reflected feet (the horizontal supports on the floor) and the upward-reaching vertical bar—like the black matte angles—suggest extended vertical planes, diagonally aligned across the space. They echo both sides of the gallery—to the left: the shining and deeply reflective; to the right: the mental insertion of long white rectangles as moveable walls. The sculptures are like implied armatures that support these invisible planes.

A wall-sized photograph shows the artist as ‘delinquent’ posing in the window of his ‘bodgie’ car, acting the hoon by noisily dragging a steel ‘painting’ panel through the Berlin suburb of Kreuzberg. It seems to be some kind of performance. (There is also an online photo [catalogue cover] of him walking with similar panels attached by strings to his legs. Perhaps he is mimicking Mona Hatoum? Or Diogenes of Sinope in 4 BC dragging a wine jar?) Maybe Miller in the car is doing a ‘Kippenberger’? Aspiring to be an art brat, or decadent smart-arse louche?

Miller‘s practice has overtones of Newman, Morris, Klein, Manzoni, Halley and others—some influences surprisingly metaphysical for such an ‘industrial’ practice that is nevertheless clearly distinctive with its insanely impeccable, ultra-reflective, industrial finish, burning hot colours, and methodical investigation of local space. The mirroring aspect of both painting and sculpture embraces the viewer-occupied gallery, so that the reflected architecture (especially the floor and walls) is instantly included. Its physicality is intense.

(Please note: The accompanying images are not in situ photographs in the Starkwhite space. They are pre-exhibition. Much better to experience the show directly.)