The Creation of the ‘New Zealand’ Psyche 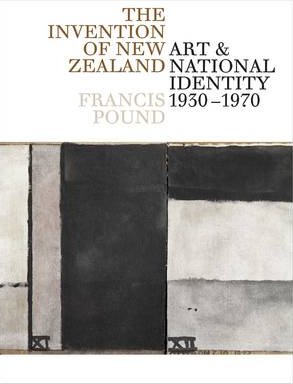 What is revealed is that our process of self realization, wedded to some vision of the ‘True' New Zealand mediated via art, was based on a narrow regionalist conception and ironically blind to actual influences, many of which were European; Cezanne, abstract expressionism, the cult of clarity and the like.

Twenty five years is a long time in anyone’s language to be writing a book. Not even James Joyce took that long. Francis Pound, renowned academic and scourge of all art essentialists, has, for precisely that time, been labouring away like Neo from the Matrix, unravelling the code, crossing various time zones in the process, from typewriter and Twink to laptop computers to produce his Magnus Opus on the question of national identity in New Zealand art. It’s a lofty tome, weighing in at over four hundred pages and its first printing, like Darwin’s Origins, sold out as soon as it hit the book stores.

Such a phenomena says not only something about Pound’s tenacity but also reflects on this country’s nervous inhabitants. We’re obsessed with matters to do with our own particular national selfhood. Put it down to our brief history or the more recent problematic nature of biculturalism, but whatever it is that’s fuelling the fact, Pound has news for us. All our self imaging has been a jack-up, a contrivance, cooked up by artists, writers and theorists as far back as the 1930’s. Pound first alerted us to this uncomfortable reality in a slim pink volume published earlier in the 1980’s and on its reception, people were not pleased. The subject of national identity certainly gets people going in this country. At the time, iconoclast Pound almost came to blows over the subject with art curator and critic Hamish Keith.

Pound’s approach to the issue comes from an unmistakable postmodern position. What he pointed out then and now in more telling detail in his recent book, is the somewhat shocking revelation that our national art treasures were painted through the constructed lens of European art conventions rather than conforming to the prevailing notion that they were responding to meteorological determinates unique to these lands. There is no such thing as the innocent eye was Pound’s proclamation. The philosopher Kant said as much in the Eighteenth century, but in The Invention of New Zealand, Pound excavates with meticulous precision the actual practice and product of such a perception in relation to art. The innocent eye reacting unimpeded to the truth of what was out there was too naïve a notion. Pound demonstrates that artists and writers invented New Zealand. In short, they ‘lied’ albeit somewhat innocently.

He argues with scholarly acumen that between 1930 and 1970 much of the art of this country was under the thrall of a cultural determinism promulgated by theorists promoting an agenda to do with a particular kind of New Zealand identity. That identity was trapped in a dominant trope to do with ruralism, a predilection for landscape, brutal brushwork, clarity of bright light, the co-opting of Maori motifs and the distrust of abstraction to name a few. For Pound, these predetermined elements were topos projected onto the land and place and thus become in their own way a kind of colonization that served to deny the other; namely, the urban, the feminine, the homosexual, the abstract voice.

Pound tracks this trope over a forty year period, focusing on the main protagonists of the time; Perkins, McCahon, Woollaston, Walters and others. He also documents the sources of similar nationalistic rhetoric in the writings of commentators like Fairburn and Curnow.

What is revealed is that our process of self realization, wedded to some vision of the ‘True’ New Zealand mediated via art, was based on a narrow regionalist conception and ironically blind to actual influences, many of which were European; Cezanne, abstract expressionism, the cult of clarity and the like.

At the end of the book, Pound sums up the situation beautifully by declaring that the genre of nationalist art “is touchable only when sheathed in the prophylactics of quotation marks”. Ironic citation is all that’s left of the nationalist myth.

The book will no doubt become a classic, perhaps the last word on the subject, the debate itself having fizzled out some time ago. With our cherished myths about ourselves exploded, we can never view again, for example, the blokey roughness of our brushstroke as a reflection of who we really are. It wasn’t us. It in fact was something borrowed from the American’s in the fifties. That may be hard to swallow, but such inconvenient truths needed to be told and Pound has done a thoroughly academic yet accessible job in the telling.

I don't think many newspaper or magazine editors would agree that the use of the term 'editor' here is a ...

I'm saying that, if you expect other people to post under their own name, you should do the same. Or ...

Maybe you have a point David. What are you saying here? You think I am hiding my identity? That it ...

At the risk of sounding obsessively parochial, while I thoroughly enjoyed the book and found it incredibly erudite and illuminating, it is still (typical for Pound) a highly Auckland-centric view proclaiming itself the national gospel.

Reading through the theses listed in the bibliography, you would think that Auckland University had the only Art History department in the country (missing out a helluva lot of important research - yes,yes, not just mine).

There is a continuous and equally important South Island modernist tradition that co-exists and vigourously interracts and exchanges with the North over the period covered, but barely gets a mention.

Yes well...John Coley pointed out the Auckland bias in his excellent Listener review of a few weeks ago, noting Pound's lack of regard for modernist pioneers like Don Peebles for example, who happened to live in Christchurch.

With the contemporary artists Pound does mention he is very much in thrall to his own very selective taste. That's not surprising but it is incredibly limiting from the point of view of publishing. The book is poorly designed with its layout of images which have been ill chosen. Some artists such as Tony de Lautour or Ronnie van Hout have made much more exciting images pertaining to Pound's themes than the ones which he in fact picked.

I assume 'Editor' is John.

I think he should use his real name.

Maybe you have a point David. What are you saying here? You think I am hiding my identity? That it is not readily apparent?

I'm saying that, if you expect other people to post under their own name, you should do the same.

Or else other 'readily apparent' pseudonyms should be ok too.

I don't think many newspaper or magazine editors would agree that the use of the term 'editor' here is a pseudonym, but the devious logic of your complaint is admirably entertaining. For my part - to be candid - my cunning is that I want to tone down my presence so I'm just one of several writers throwing ideas and information around. However my ruse to disguise my domination is transparent.The About page tells you exactly who the Editor is.