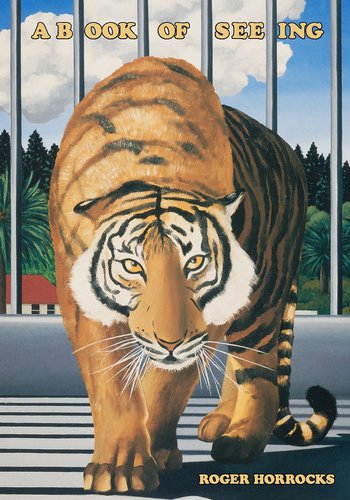 Horrocks' above four books (all with brilliant eye-catching covers from Richard Killeen, Tom Kreisler, John Reynolds and Dylan Horrocks) can be split into two basic types, even though there are threads common to all: firstly philosophical, sociological and scientific theories beyond art and poetry, but inspired by and pertaining to them; and secondly the place of the arts (music, literature, film, art)—and connected commentaries—in New Zealand culture.

One of the most interesting and provocative pieces of art theory writing is an essay by the well known author on the varied relationships between text and image, WJT Mitchell. His There Are No Visual Media, makes a claim with its title that initially seems outrageous. It is a vehement attack on the notion of purity or separation of the senses, claiming that the ‘optical’ arts usually incorporate the senses of touch and/or sound.

I suspect Roger Horrocks—as a formidably accomplished teacher, essayist, editor, biographer, poet, film-maker, librettist, arts advocate and indefatigable researcher—would probably agree, particularly as he is a passionate Len Lye enthusiast and Lye’s films and kinetic sculpture embrace sound and tactility. They cannot be pried apart from the ocular, even if Horrocks does call one of these important publications A Book of Seeing, because it is his favourite sense and he wants to understand (and use it) better.

Horrocks’ above four books (all with brilliant eye-catching covers from Richard Killeen, Tom Kreisler, John Reynolds and Dylan Horrocks) can be split into two basic types, even though there are threads common to all: firstly philosophical, sociological and scientific theories beyond art and poetry, but inspired by and pertaining to them; and secondly the place of the arts (music, literature, film, art)—and connected commentaries—in New Zealand culture. He is an exceptionally lucid writer (a natural teacher) who has a remarkable insider’s knowledge of almost all the many sectors within New Zealand’s arts culture, and a personal friend of many of the personalities who drive them.

In Song of the Ghost in the Machine, there are eleven sections where each interiority-based section of poem is presented alongside of a string of incorporated quotations that examine related aspects of the same theme: usually some relationship between thought and the active body. The main theme is ‘Consciousness’, but others include ‘Language’, ‘Walking’ and ‘Sleeping and Waking.’ (The spread and organisation of topics is related to that found in two earlier books on film that he made in the 80s with Philip Tremewan.)

In A Book of Seeing Horrocks’ interest in consciousness is continued, as is a list of linked quotations that is transformed into compact elaborations around ‘vision’, such as ‘Sex and Seeing’, ‘Language and Seeing’, and ‘Seeing During the Lockdown.’ The 31 short discussions range from science to literature, all the built-in references being fed into a long continuous list of endnotes at the back of the book.

The personality of the writer, present in the lines of poetry in Song, now becomes a more overt presence as a teacher in the second, because he is not just giving opinions but looking at research and statistics that support his views, and eager to engage with the reader with ideas embodied in these subjects.

In Re-Inventing New Zealand Horrocks presented seven essays on the culture of New Zealand (especially the rise of nationalism and feminism) and the status of imtellectuals in its society, and seven on the film and television industries—all again chocker with opinionated commentaries and stimulating observations. In its final third, he then presented a series of short articles on some pertinent contemporary artists and composers he admires.

The new book, Culture in a Small Country, is an updated extension, that examines the history of different disciplines, and crucially brings in the emergence of digital technology, the new visibility of divergent (hitherto comparatively invisible) communities such as Māori and Pasifika ‘creatives’, and the pandemic—but using a different organising structure for 21 essays. As you would hope, he has strong opinions—particularly when talking about government organisations or careless celebrity commentators. In a sector where most participants are extremely timid about making their opinions public, Horrocks can be fearlessly forthright.

In this book, within the separate essays on subjects such as visual art, film, rock and classical music, comics, novels and poetry, he looks at their characteristics and development, but then interviews chosen practitioners (a different batch from last time that includes Judy Darragh, John Reynolds, Stephen Bambury, Don McGlashan, Lisa Reihana, Gregory Bennett and Vincent Ward) about the daily maintenance of their practices and their methods of survival. It works well. The interviewees provide a lot of detail.

A Book of Seeing, with its sensational tiger cover and abundance of other colourful images, is I think the best of the four, being more speculative and less bogged down in historical detail. It is knowingly eccentric and unpredictable, revelling in interesting theories from intriguing sources and using copious illustrations from poetry, science and philosophy. Although it, like Song, has a staccato (and slightly frenetic) feel in the way subjects are densely packed together, jumping from source to source, the 31 chapters are often positioned in groups such as ‘colour’, ‘sex’, ‘belief,’ ‘time’ and ‘consciousness’—to bring more unity.

Re-inventing New Zealand and Culture in a Small Country on the other hand, present surveys that flow more gently, extending over different periods that look at the development of different creative activities within New Zealand’s intellectually receptive communities. They document gradual changes over time.

A Book of Seeing though—like for example Re-Inventing New Zealand—is a great book to randomly dip into in order to be delightfully surprised. But it is proccupied with now and very compact; hence its immediate value. Erudite though never turgid, it is breezy and pithy, vibrant and exhilarating, entertaining—but never shallow.