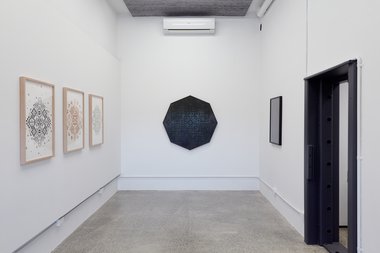 In 2006, a group of New Zealand poets and scientists went on a blind date and the resulting cohabitation was the production of a volume of poetry called 'Are Angels Ok?' The answer the poet Chris Price gave, after mentioning the absence of angels at Auschwitz, was that they might be allowed as placebos, that is, useful fictions.

When Nietzsche announced toward the end of the nineteenth century that God was dead, he probably had in mind the discoveries of Darwin, the revelations of the geologists, the impact of the Industrial Revolution and the critical analysis of what had hitherto been regarded as sacred texts. The supernatural had become obsolete.

His cultural analysis has largely been proven true, at least in the western world. But what didn’t figure in his calculations was the factor of indigenous cultures. He certainly couldn’t have predicted that after 180 years of colonization, Māori in New Zealand would engage in pushback in an attempt to reclaim the deities as expressed in their own mythology.

The gods have come back to life, and artists like Lisa Reihana, are at the forefront of this revival. Her video work, Ihi, graphically, vividly and literally re-enacts the creation narrative central to Māori folklore, which concerns the relations between the gods Tāne and Papatūanuku.Māori

The winning 2021 Walters Prize work, Atapō, was a giant depiction of the Maori goddess, Hine-nui-te-pō and Hine-titama. The same collective (Mata Aho) created a 14 metre high handwoven work, Aka, inspired by the female goddess, Whaitiri. The gods and goddesses have returned and with a dramatic flourish. This is as much a cultural phenomenon as an artistic one.

Reuben Paterson‘s 10 metre high waka, parked vertically outside the Auckland City Gallery, made up of almost 600 iridescent crystals, engages with the gods, Papatūanuku and Ranginui. Patterson is the artist who championed (along with Mark Curtis) the use of glitter in art, and to that duo we can now add a fourth artist, Maioha Kara who also chooses to employ the sparkly substance in her work, and does so to yet further demonstrate the rebirth, in art, and in relation to personal identity, of Māori deities and their stories.

Recently Kara has been drilling holes in sheets of wood and filling them with glitter. These circular routed divots are configured to form geometric patterns that extend and play with the aesthetics of abstraction. But the patterns created on birch and rimu are here related directly to shapes and forms that originate from her Māori heritage. In this case they are an expression of her identity, reworking the inherited lineage of patterns that find their source in tukutuku panels and tāniko designs.

Whakapapa in this new series of works, entitled Whakapiri, becomes extended to encompass the ideas of ultimate origins traced back to the genealogies of Creation itself in Māori cosmology: Te Kore (chaos/void) Te Pō (aeons of darkness) Te Ao Mārama (potential for being).

These are big themes and the art is being asked to carry a heavy load, supported by relatively small works, Sistine Chapel stuff in a way, and essentially with a reliance on the play of light picked up by circles of glitter placed in symmetrical geometric tessellations.

Of course Mark Rothko also used colour and the play of light in his abstractions to somewhat of the same ends, as did Ralph Hotere, and there is something of the latter in Kara’s work, particularly in the piece called Taku toi kahurangi. Out of a brooding dark there shines dark blue/green lights, while the octagonal shape of the work itself echoes the geometrics within. Me te wai kōrari possess the same resonance.

Works on paper, which essentially replicate the dot and geometric design of the wood pieces, like Takurua 11, have a look of tapestry samples about them. Alternatively they might represent the dance of molecules and atoms, from a purely secularist point of view, but held within strict crystal-like configurations.

The gems of glitter in the holes of the wood-based works become ‘vessels’ for the energy of light to shine, while the shapes of the design resemble gemstones and suggest in their own forms a potential for sparkle and gleam. Kara regards this as emblematic of the life force, (mauri), something the mystic, Teilhard de Chardin might be comfortable with.

All of this has to do with the artist finding her connection, via lineage, to who she is—herself in the world and cosmos. We are talking spiritual knowledge here, and thus the art becomes an expression of autobiographical quest, of nestling back inside cultural saga.

The question is, will any of this speak to people outside the confines of Māoridom?

One could ask the same question of the early works of McCahon. Did they speak to anyone outside the parameters of Christianity? In other words, did they possess a power that took them from the particular and carry them to the level of universality, irrespective of the mythological/historical stories they were drawing on?

In 2006, a group of New Zealand poets and scientists went on a blind date and the resulting cohabitation was the production of a volume of poetry called Are Angels Ok? The answer the poet Chris Price gave, after mentioning the absence of angels at Auschwitz, was that they might be allowed as placebos, that is, useful fictions.

Whether Kara wants more from her pieces than metaphors, personifications or useful fictions, is an open question, but as pure aesthetic pieces they will please many. And they will certainly delight those who see Māori mythos as a means of spiritual sustenance, adding to the renaissance of indigenous art and narrative, finding expression in modernist terms.